Riso’s Digital Duplicators use a master and low-cost ink. Compared to a photocopier, you’ll cover the cost of the master after about 20 copies and start saving money. The cost of the ink for each copy is virtually nothing, and you are paying for just the paper.

Riso Duplicators reduce your costs in other ways. For instance, instead of purchasing and storing pre-printed envelopes with your organisation’s logo, you’ll save money printing your own envelopes on your duplicator.  You can probably reduce your envelope costs by up to 80%.

Read more about the EZ series.

One of our Customers

One of our customers is a Cathedral. In the 1990’s, the Cathedral used a local printer to print their order of service booklets.  The printer required 2 weeks notice, so if anything changed in run-up to their weekly service, it was a disaster.  The print-costs were also too high.

The Cathedral switched to a Riso Duplicator, and it took only 3 days to print, fold and staple their order of service ready for Sunday.  For the ladies who operated the duplicator it was marvellous, because they could sit down and produce the exact number of copies required.  Over 10 years they printed about 5 million leaflets, all from the same machine.

However, it took three days to produce each batch of 1200 leaflets because the ink had to dry, before the paper was fed through the folder/stapler.  We showed them an HC Printer. Now the ladies feed in paper at one end, and 3 hours later they’ve produced all 1200 booklets, stapled and folded.

We would be delighted to take you to visit this customer. 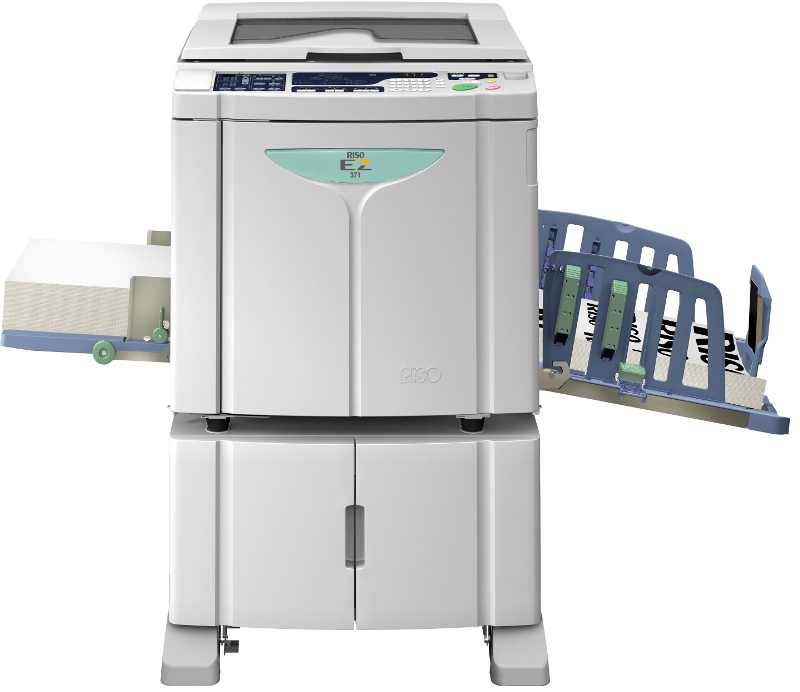